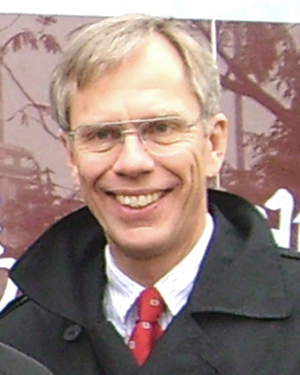 Paul HeissChair of Hong Kong Board

Paul Heiss is the founder and chairman IBCC Group, Inc., a U.S.-based holding company that owns businesses that design, manufacture, and distribute products to the Automotive Service Equipment and Mining Equipment markets in North America. Paul is also President of IBCC Industries, Inc., which provides mechanical components to over seventy original equipment manufacturers in North America from a wholly-owned plant in Shanghai, a majority-owned plant in Shunde, and a network of subcontractors in Korea, Taiwan and China. IBCC has registered trading offices in Beijing, Shanghai, Ningbo, and Shunde.

Paul has made frequent business trips to Asia since 1980 and to China since 1989. Prior to founding IBCC in 1983, Paul was a Manager of Manufacturing for Allis-Chalmers Pump Division, a $70 million per year manufacturer of petrochemicals, petroleum, and utilities.

He has been an active member of the Opportunity International Board of Governors since 1995, and has visited and studied successful micro-enterprise development projects in Africa, Asia, and Latin America. Paul currently also serves as Chairman of the board for the International Church of Shanghai.

Paul earned a Bachelor of Science in Engineering from the University of Michigan in 1975.